In Estes Park, Colorado, nestled deep in the Rockies, you’ll find a sweeping white estate. Arriving at dusk, it appears imposing in size, yet, like its coyly and ominously peaking through the trees that surrounds it. The Rocky Mountains almost appear to create a citadel around the property.

Perhaps, more so than any other hotel in the USA, the Stanley has a reputation that precedes itself.

Touted far and wide on every, “Most Haunted Hotels in America” list, you will find The Stanley Hotel. But what is The Stanley Hotel’s Haunted History? Has it rightfully earned its distinction or it simply a bunch of spine-chilling razzle dazzle?

So what is the story behind one of the most haunted hotels in the USA? Some find its spooky reputation alluring. The curiosity of finding ghostly activity in this historical structure lures them in…..for others, it keeps them out.

The Stanley was built in 1909 by Freelan Oscar Stanley. Beside being an entrepreneur and hotelier, he also invented photographic plates and owned the Stanley Motor Carriage Company. Along with his brother, he invented a steamer automobile. He and his brother earned their wealth through both inventions and basically accumulated a fortune.

Just in case you’re like me and didn’t know what “photographic plates” were, essentially in the 1800’s you had to sit completely still for a great length of time to take a photo. The photographic plate helped speed up the process.

There are so many stories floating around about the Stanley. Varying accounts of things that happened there during Mr. & Mrs. Stanley’s residency. Tales that the tour guides and employees share. First hand accounts from travelers and hotel guests varying from the skeptical and annoyed to outright petrified.

In a sense, it’s hard to discern between folklore and fact.

The show has been featured on Ghost Hunters and Ghost Adventures. Jason Hawes, from Ghost Hunters stayed in the infamous room 217, and said he witnessed doors open and shut on their own and a glass on his nightstand shattered from the inside out.

Of course, there is the far flung story of Jim Carey checking into room 217 and then promptly fleeing to check out a few hours later. To this day, no one knows what he saw or what happened to him as he refuses to talk about it.

But perhaps the farest flung story of all is the one that explains why room 217 is notorious. The legendary story of Stephen King venturing through the rockies with his wife, and staying at The Stanley hotel as their only guest right before they closed down for the winter. Up until 1983, the hotel would shut down for the winter every year. The hotel is now open year round. You can read a little bit about what happened to him, here.

Why is the Stanley Haunted?

What we know for sure… is that unlike the vast majority of haunted places and spaces, nothing macabre or sinister is ever known to have happened at The Stanley Hotel.

In 1911, there was a massive gas explosion at the hotel that injured numerous employees, but thankfully no one died. One of the housekeepers, Elizabeth Wilson, who was flung from one floor to another in the explosion is said to still roam the halls today, occasionally tiding up after guests and moving their things around.

It has been said that Flora Stanley, Freelan’s wife had opened the doors to the spirit world within the hotel. As she would invite her friends over for a fanciful evening in one of the grand main rooms of tarot card readings and seances. Many have since claimed to have heard her antique Steinway piano begin playing on its own, sometimes in the dead of night.

One employee I met during my stay, who also moonlights as a paranormal investigator believes that, “the Stanley is a place that certain spirits remain in because of all the happy memories they had here.”

Another widely pointed to theory, is that the Stanley sits atop a massive amount of limestone rock. Paranormal investigators and the supernatural community strongly believe in the paranormal properties of limestone and its ability to absorb and release energy.

How I Ended Up at The Stanley

First, a bit of context: My husband and I were on a road trip through Colorado and it was the day we were slated to head home. Waking up in beautiful Manitou Springs, I got the wild idea to see how far we were from The Stanley Hotel.

What the heck, let me look online and see if there’s any rooms available.

No availability. Hmmm. Let me call.

Low and behold, there was a cancellation and they had one room open up in the main hotel.

So, it was settled. We would head to the Stanley for one night before heading home. Although the Stanley had been of interest for years, it was more so the intention to check the property out. Perhaps take a tour, grab some dinner and catch the magic show? However, being that the Stanley is nestled deep in the Colorado rockies, it wouldn’t be practical to do anything other than stay the night and leave early the next day.

On the way to the hotel, our car ended up breaking down in the worst possible place, while careening through the rockies. This is definitely a story for another time. However, it led not only to a delay in our arrival, but, us being stranded at the Stanley.

My First Night at The Stanley

Drained after a long day dealing with the car breakdown debacle, we checked into the hotel and rushed to grab dinner before everything closed. We walked speedily through the dark grounds of the Stanley to the historic carriage house. Post Chicken & Beer, a delicious restaurant that had just opened in the space where, a hundred years prior, horse drawn carriages were stored.

We were undoubtedly exhausted. If you can imagine, perhaps a bit too exhausted to notice how absolutely and delightfully creepy the hallways of the Stanley are.

It’s something I could simply feel upon entering. Heaviness. A morose energy all throughout the room. It was dimly lit, but almost felt like there was simply a shadow over the entire space. Oh boy. Even though I was aware of The Stanley hotel haunted history, even fully believing in the paranormal, admittedly, deep down, I realized I was still skeptical.

But the way the room felt… this was palpable.

I felt uneasy as I showered… almost on edge.

A Sleepless Night in Room 316

We were simply so tired from the escapades of the day. So we turn the lights off and both fall asleep fairly quickly. The first time I woke up, I kept hearing noises. I heard the bathroom door creak. It also sounded like someone was walking up and down the hallway or rolling their suitcase up and down the hallway continually. I go and peak out the door…

There’s no one there.

I fall back asleep with a pillow placed over my legs and feet area and I kept feeling it move. I am half asleep and decide to ignore it. I’m deeply asleep shortly afterwards, but wake up instantaneously because I felt my legs spasm. The only way to describe it is as if someone had tugged on my legs hard…that’s how it felt.

What the heck. Is this really happening?

Facing the window, I slept closest to the bathroom and I felt a nudge on the back of my pillow. I ignore it. I fall back asleep. 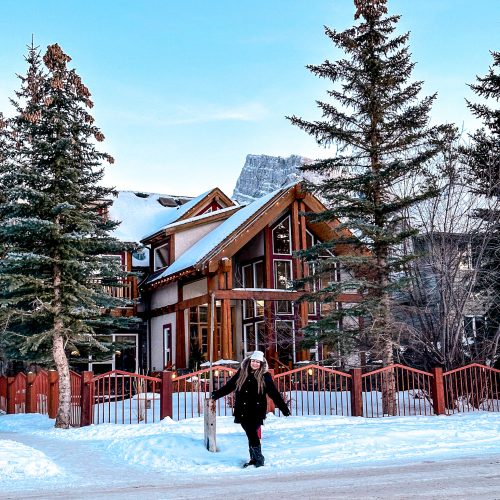 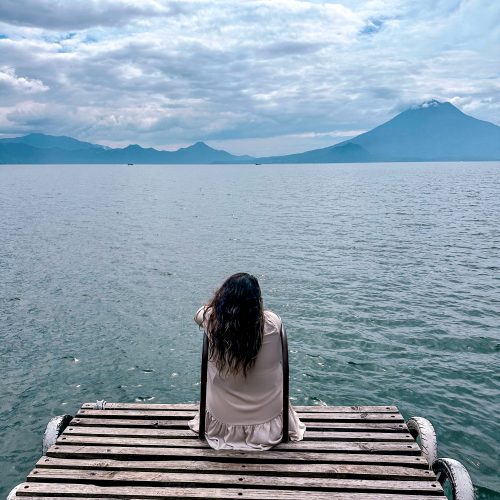 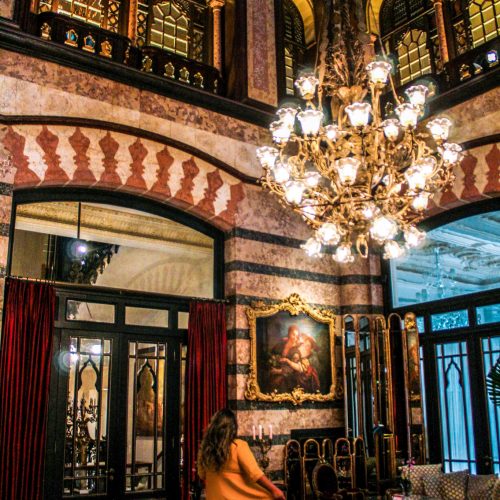 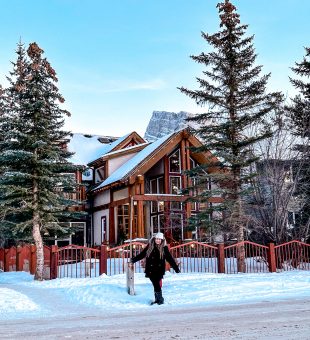 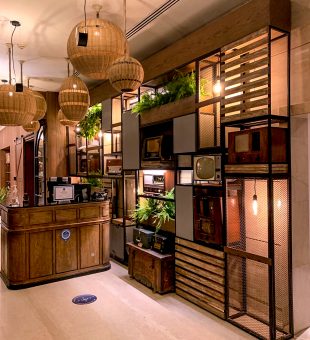 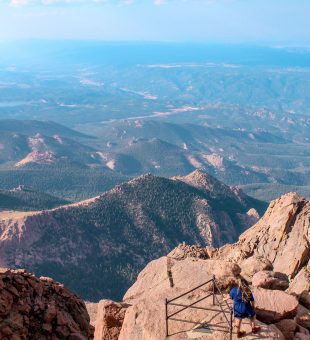