Home » Tantalizing Caesars Bacchanal Buffet- What You Need to Know!

Tantalizing Caesars Bacchanal Buffet- What You Need to Know! Tantalizing Caesars Bacchanal Buffet – What you Need to Know!

In this day and age, a buffet can spark a vast variety of reactions.

What is the only thing more controversial than a buffet during the Covid era? One that costs $75.00 a person. Yes, the one dollar “chuckwagons” of yesteryear that were open twenty-four-seven are long gone. The Vegas that our parents loved that offers you free or ultra cheap food offerings just for showing up, has left the building… likely forever. The Vegas food scene of today is filled instead with celebrity chef restaurants and buffets of grandeur. For instance, Ceasars Bacchanal Buffet’s offerings are lined with cantaloupe gazpacho, beer braised mussels and vegan ravioli. Additionally, the buffets of today require a reservation made weeks or months in advance, or pity the travelers that wind up on a 300 person waitlist.

But all of this begs the question:

Is Caesars Bacchanal Buffet as good as they say it is?

Long lauded as the pinnacle of all-you-can-eat sophistication is the Bacchanal (which, incidentally means an occasion of wild and drunken revelry) Buffet. Located inside of Caesars Palace on the Las Vegas strip, thankfully, the restaurant was not filled with wild drunks. Only very hungry people. And lots of them.

First things first. Two months ahead of our stay, I called Caesars customer service to inquire about the Bacchanal Buffet. It’s a good thing I did, because the associate informed me that a reservation was required and they were booked solid for the next two months.

A reservation? For a Buffet?!

We would only be staying in Las Vegas and at Caesars one night this particular visit, so I was eagerly hoping there would be an opening. She dug around online and found one sole reservation on the night of our visit… at 9:45pm. Sigh. I took it. 9:45 was not ideal, but, above all, we were in.

On the evening of our reservation, just shortly before our dining time; there was a 300 person waitlist to get into the restaurant that night.

When you arrive with reservations, you check in at the reservations stand and then are corralled into the velvet ropes. There you will wait briefly to pay in advance of your meal.

If you intend on consuming alcohol, this is where you would want to buy it (you can purchase drink tickets). Otherwise, if you get a spur of the moment impulse to do so while seated, you will pay more than you would’ve at the payment area. After paying, you wait in another brief line to be seated.

All tables are tended to by a server, whom will bring you your chosen beverage, with unlimited refills, new silverware or whatever you need.

As a standing rule, patrons have ninety minutes at the Bacchanal during your dining experience. Since we were the last seating of the day, the cashiers and servers were informing all of the final diners of the day that all the food would be removed at 10:30pm. This allowed 45 minutes of dining time.

Try to Avoid a Late Seating, if Possible

If you could’ve seen all the diners scurrying around Caesars Bacchanal Buffet, as if on a game show challenge, tossing piles of food on plates and collecting them at their respective tables. The woman seated at the table right next to me even caught up to me in the seafood section to say, “don’t you think the late night admission should be discounted since we get less time?”

She has a valid point.

I glanced around the room and just saw seas and seas of plates and plates with mountainous mounds of King and Snow Crab Legs and Lobster Claws.

The last seating of the evening at the Bacchanal is a frenzy, really. Especially if it’s your first time and you don’t know your way around the restaurant. Due to what we had to experience, I devised a system in case you should find yourself in this predicament.

The entire front section of the restaurant is all seafood and cold items. If those are things you wish to partake in, gather all of them first and place them on your table. Go back for the hot food and then eat the hot food first.

Tip: Even though it’s tempting, try not to load up too much on bread or drinks, since, you didn’t pay $75 bucks to get full after a sesame roll!

Don’t be Afraid to Go Solo!

Did your friends all pass out somewhere? Can’t pry your partner away from the poker table? Family members wary of doing a spendy buffet? Don’t let that stop you. Just go and dine by yourself. There were plenty of solo diners upon visit, one of them was a young woman sitting next to us whose family absolutely did not want to come. She enjoyed the place on her own and met up with them afterwards.

If you are not sugar averse, there is an entire section of the restaurant dedicated to helping guests satisfy their sweet tooth. Dessert selections are plentiful; from candied apples to creme brûlée, to cupcake assortments to lemon meringue. If your mind can conceive it, there is a high probability you will find it at the dessert bar.

There is also an array of Gelato flavors to select from. If you glance through the restaurant, you’ll likely see plates and plates like the one featured here – a dessert tasting if you will. So grab your favorite gelato flavors and create your own pairings. Sample a little of this, and a little of that.

I will now answer my question at the very beginning: I think Caesars Bacchanal Buffet is worth it.

I think it’s worth the money, time, or even perceived hassle. In terms of value, there is no doubt about it. If you were to tally the A La Carte costs of just the meat, seafood and an appetizer alone, it would equate the cost of your entrance fee here. This buffet offers a rare thing: quality and quantity.

You could easily spend $200-$500+ at Gordon Ramsay Steaks, for example for just two Guests.

I Don’t Have a Reservation. What Should I Do?

Luckily, I have an answer for you. The next day after our dining experience, we got carried away with many activities. Not long after being at the pool, I became glued to a Casino slot that engaged me for hours.

At the time of visiting, there are still very few Vegas buffets that are open. And of the few that are open, by the time I took notice of the time (or lost the money I was playing, but whose counting?), all of the other buffets that were open on the strip had closed.

Much to our horror we moseyed back over to the Bacchanal and figured, maybe just maybe, if we arrived before they opened, we could “walk in.” Apparently, hundreds of other people had this exceptional idea. So, about an hour before opening, everyone lined up in order of arrival. The first 20 people or so made it in.

What happened to everyone else? The next course of action was to open the Open Table app and stare at it until 4:00pm, when the waitlist would open. This was to ensure that as soon as the waitlist opened, you can add yourself to it.

That’s right everyone, welcome to the Open Table Olympics.

I heard that if you make it in the first 100 people, you’ll likely get seated before 10:00pm. Gasp! We have to be one of the first 15. So we stared at the Open Table app for 30 minutes, until it opened, but still nothing available at the 4:00pm time slot.

Working as quickly as possible, we then changed the waitlist selection to 4:30pm instead and it worked. We luckily got … number twenty one on the waitlist! We waited an additional hour or so and were seated at around 5:00pm.

So there you have it. You know everything there is to know about dining at Caesars Bacchanal Buffet. Hope you enjoy it, and don’t forget to tip your servers! Dining at the Oldest Restaurant IN THE WORLD Madrid 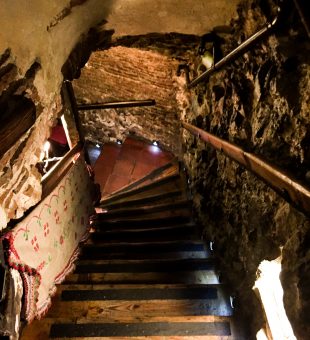 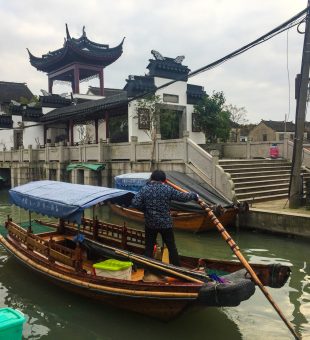 WHO WOULD’VE THOUGHT THAT STAYING IN A CAVE COUL

MAY WE ALL NEVER SETTLE FOR ANYTHING LESS THAN THI

I’D LIKE TO BUY SOMEONE A NIGHTS STAY SOMEWHERE!

HAVE YOU EVER BEEN CAVE TUBING? 💦 Neither had

ADVENTURE TRAVELERS… THIS IS FOR YOU! 🗺 Nest

WHO WOULD’VE THOUGHT THAT STAYING IN A CAVE COUL

MAY WE ALL NEVER SETTLE FOR ANYTHING LESS THAN THI

I’D LIKE TO BUY SOMEONE A NIGHTS STAY SOMEWHERE!

HAVE YOU EVER BEEN CAVE TUBING? 💦 Neither had

ADVENTURE TRAVELERS… THIS IS FOR YOU! 🗺 Nest

DID YOU KNOW ABOUT THE DRIVE IN VOLCANO? 🌋 The

We use cookies on our website to give you the most relevant experience by remembering your preferences and repeat visits. By clicking “Accept All”, you consent to the use of ALL the cookies. However, you may visit "Cookie Settings" to provide a controlled consent.
Cookie SettingsAccept All
Manage consent